Yerevan Park is the largest amusement park on Armenian territory and, in the leisure sector, it is a reference point for the entire region. Located a few kilometres from the centre of the capital, in a beautiful green area, it is composed of an indoor area (hosting a few rides, the ticket offices, the administration, a few rooms for small private parties and a small food court) and a considerably sized outdoor zone with many types of various attractions (rollercoaster, boomerang, etc.).

The planning for the whole Yerevan Park started in 2017 and finished with the opening in May 2021. An expansion is already planned in the near future.

Ila, has been involved in the design of the green decoration of the indoor part since they were selected as the supplier for artificial greenery in 2018.

The choice of artificial greenery for the indoor part, was dictated by several factors: first of all, it completely eliminated the problem of irrigation, an advantage for this type of environment that is not only economic but also strictly practical. Secondly, the costs and difficulties associated with the routine maintenance of natural greenery have been eliminated.

After an initial phase which included an analysis of the spaces and an evaluation of the client's needs and preferences, the Ila design team proceeded with the preliminary design of the green areas envisaged in the project and the selection of the decorative elements. As in every project, there were many changes during the realisation of the decorations, mainly due to technical-constructive requirements, so that the design of the green areas underwent many evolutions.

Unique elements were studied and designed by Ila, and custom-made for this special location; then the various products were prototyped and samples were produced, followed by the production of the overall order.

The products finally chosen were:

The installation phase, which took place between January and February 2021, was also carried out by Ila staff assisted by local labour. The on-site work lasted 2 weeks, with 2 Ila technicians on site and a team of 12 local workers.

This was a very delicate phase of the project: compliance with the particular safety regulations of the amusement park (the so-called safety areas and safety envelope required by the attractions) became the most binding factor for the final positioning of the decorations, without however sacrificing aesthetics and the overall success of the decorative system.

The creation of the various elements was therefore perfected on site during the set-up phase, in some cases with some modification, and in others, altering the shapes of the decorations to improve their performance.

Within a fortnight the indoor part of the park was transformed from a cold industrial building into a welcoming, joyful and hospitable environment, enhancing the surroundings and creating the ideal setting for the enjoyment of young and old alike. It is a total immersion in a fairy-tale environment, a realistic reproduction of Nature.

We are delighted to have been part of this ambitious project which, despite the very difficult period, due to both the international health situation and the conflict between Armenia and Azerbaijan, has managed to see the light of day. 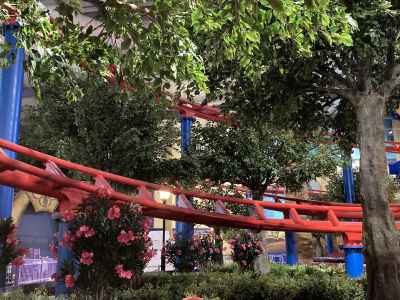 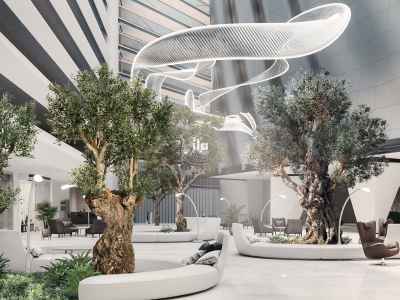